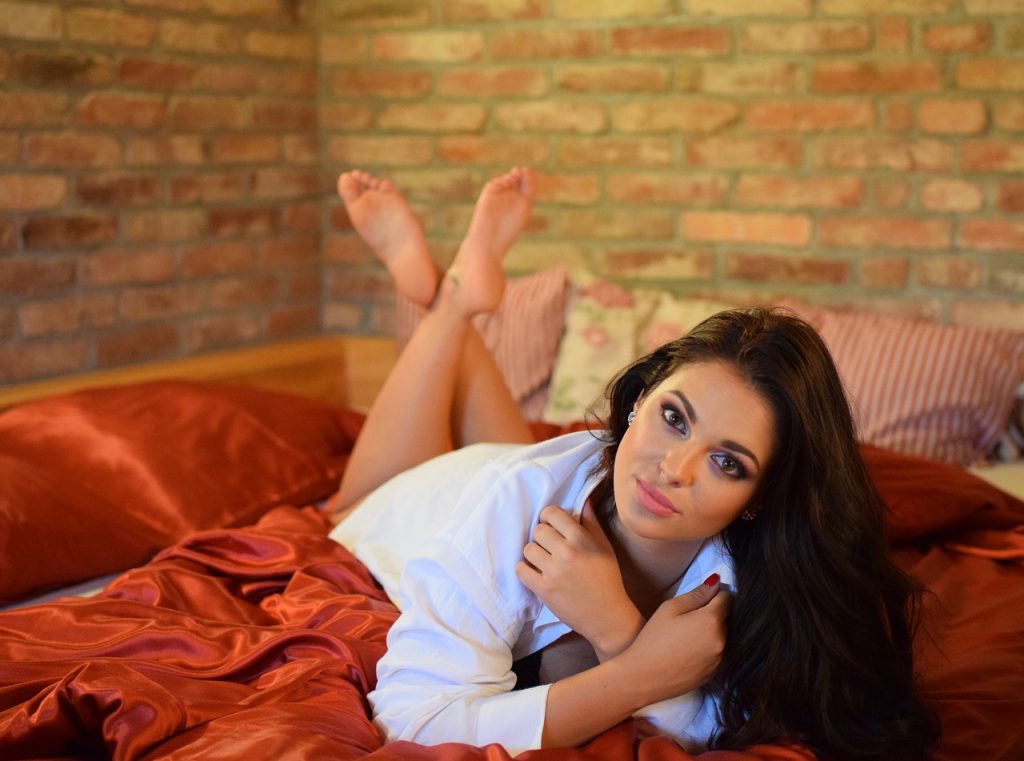 Countless individuals suffer from acne on a regular basis. It can range anywhere from mild pimples to severe breakouts around the clock.

Acne often appears first between the ages of 10 and 13. Unfortunately, it never seems to go away. For some people, it slows down as they age.

But for others, it actually worsens. Many adults have spent much of their life trying to find a safe and reliable treatment for their acne.

Over the counter acne treatments don’t have the best reputation for being effective. When it comes to fighting acne, the most powerful ingredients are often restricted to prescription grade medications.

That can make it nearly impossible for someone to get relief for their breakouts without dealing with extensive doctor visits. Differin Gel is the first over the counter acne treatment to try and fix that problem.

Differin: How Does it Work? 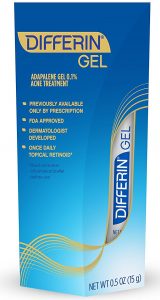 The major advantage of the Differin Gel is that it is a retinoid gel that relies on adapalene.

It is actually the first retinoid gel to ever be approved for over-the-counter use. Prior to Differin, patients had to get a prescription from their doctor if they wanted access to the powerful active ingredient, adapalene.

It also means that the price decreases significantly. People can pay less than $20 for a tube instead of picking up a $200 prescription at the pharmacy.

Differin was actually a prescription medication for more than a decade prior. It was first approved as a prescription drug in 1996. Only recently did the FDA approve the gel for sale over-the-counter.

Being the first over-the-counter gel with Rx strength ingredients is obviously a big deal and has earned the treatment quite a lot of attention.

The Power Of Adapalene

Retinoid creams are not exactly new to the medical world. They have been the recommended treatment by the American Academy of Dermatology for some time now. Retinoids serve as a treatment for the core of the problem and are not just used as a spot treatment for problem pimples.

First, they provide the body with a source of vitamin A. A study conducted in the early 20th century linked vitamin A deficiencies to abnormal cell turnovers and acne breakouts.

ith vitamin A, the cell turnovers are properly regulated, which results in healthier skin and fewer clogged pores. In this sense, retinoid creams can stop acne before it ever appears instead of treating existing breakouts.

While most retinoids do perform similar functions, they are not all exactly alike. There are a total of three different retinoids commonly used to treat acne. Tretinoin and tazarotene are the two alternatives and are only available in prescription creams. Differin uses adapalene, which is so far the only retinoid that has been approved by the FDA for over-the-counter use.

Adapalene is a more well-rounded treatment option compared to the two alternative retinoids. Its primary benefit is that it is more tolerable.

Tretinoin and tazarotene are both known for drying out the skin, causing redness, itching, and even burning. Adapalene is also designed to handle multiple functions while other retinoids only perform one.

Adapalene can perform three primary functions when applied topically to the skin. It can renew skin cells and prevent clogged pores. It works as an anti-inflammatory, which results in reducing the redness associated with acne.

Finally, it can restore your natural skin tone. These three functions make adapalene an efficient and powerful tool for fighting acne on a regular basis.

Differin Gel contains 0.1 percent of adapalene. Just enough to fight acne without drying out the skin, but there are some 0.3 Adapalene gels out there if you’re looking for something more powerful.

Differin Gel vs. The Competition

If you’ve spent any time searching for acne treatments, then you already know that there are dozens of companies claiming to have the best products. Most of those companies sell products that contain either benzoyl peroxide or salicylic acid.

Those two ingredients can be somewhat effective at times but are vastly inferior to retinoids like adapalene.

Unlike the two most common competitors, Differin gel requires only one application to the skin each day. It also provides anti-inflammatory properties, balances skin cell production, and the gel is safe for clothing. The same cannot be said for benzoyl peroxide.

What To Expect From Differin

It’s important that you have the right expectations when purchasing a product like Differin. It’s not a spot treatment and won’t eliminate unsightly pimples the day before the big dance.

What it will do is quickly begin working on the root of the problem. Over time, it will greatly improve the condition of the skin and prevent future breakouts.

Most patients begin noticing a difference in their skin within two weeks. However, it can take as long as 12 weeks to see the best results.

One clinical study revealed that most patients experienced a 60 percent decrease in their acne after using Differin for a total of 12 weeks. Note that it won’t necessarily eliminate all acne forever, but rather will greatly reduce its frequency, appearance, and severity.

As with all acne treatments, there are some side effects that you might encounter. Those include dryness, redness, and irritation of the skin. These side effects are less common and less severe than with other retinoids. Most patients who do suffer from those side effects rate them as “below mild” in their severity.

It may also be that those symptoms only appear between two and four weeks of using the product. This is because the skin is undergoing a change known as retinization.

It is when dryness, redness, and itchiness is most likely to occur. However, once this time has passed, the symptoms tend to subside or vanish entirely.

It’s been proven to work time-and-time again via clinical studies.

That proof is backed up by numerous customer reviews and testimonials. If you suffer from acne on a regular basis, whether mild or severe, you should seriously consider trying Differin because it is the best

That said, if you’re looking for the best adapalene treatment for acne, we recommend the full Proactiv MD system.

Right now is a great time to buy, too! 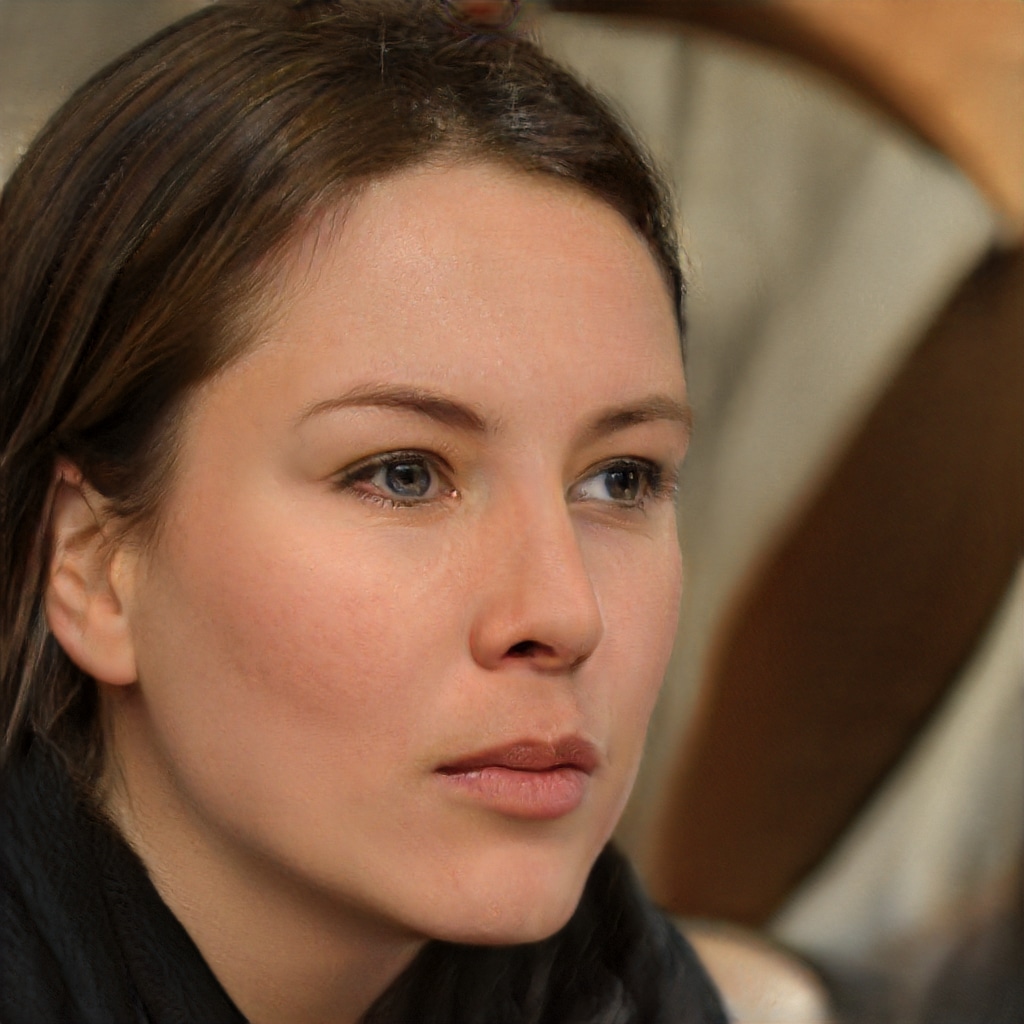